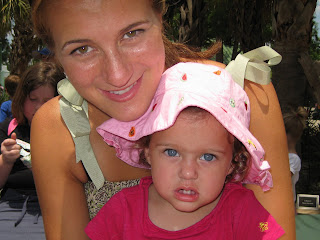 C took three of the kids and an overstuffed mini-van and set out for the 36 hour drive to Montana a couple days ago. Im following with the two babies by plane this weekend. (I definitely got the better end of the deal on this one, dont ya think?) C has a month long work project doing some building and renovation on a ranch that our organization will be using later this summer as a ministry and training facility. The kids and I are going to tag along and….I dont know…rope steers and brand cattle or something:-)
The kids called me from South Dakota last night to say goodnight and I asked them to recap the highlights of their day. Was thinking they would tell me about Mt. Rushmore or some historic landmark they visited. They each in turn proceeded to describe this one horse town they were staying in last night. Im picturing dirt road lined with Saloons. Tumbleweed blowing about. Something out of a Clint Eastwood film.
“And guess what happened?” Britain’s voice a mix of fear and awe.
“We saw a man get dead! These two cowboys was fighting and them have guns and one got dead!”
I was aghast! “Put your father on the phone now!”
C got on the phone laughing. What the kids had failed to communicate to me was that what they had seen was a reenactment and C was thoroughly enjoying their perception and my reaction!
We will post pictures and stories when we are able, but I think regular blogging will not be possible out there. Appreciate you keeping Evie in prayer. She’s infamous for adapting poorly to new surroundings and we would not like to add to our lengthy list of hospitals visited in various cities!