I thought Id share an excerpt from an email I received from C this week. He’s been on a 3 week trip in Asia and we are so glad he will be home soon! Along with amazing people, dynamic leaders and sacrificial committed Christians that he is honored to work with in countries around the globe, he also comes face to face with the corruption of the countries he travels. Thought you’d enjoy a window into his world as a “guest author” on the blog! 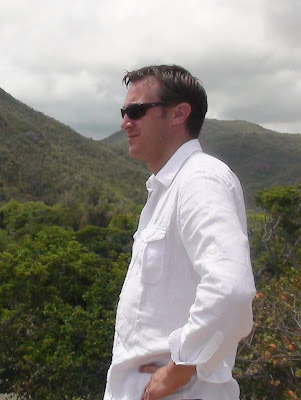 Yesterday was a very, very, long day.
We got up early for the flight, flew to Mumbai landed about 9.00.
The guys took a prepaid taxi to the conference.
I took a prepaid taxi to the international terminal to meet Todd and Jerry.
On the way there the taxi driver tried to stiff me for 800 more rupees. (15$)
He told me there were two international airports and that the prepaid fare I paid was for the other one and the one that I wanted to go to was more money. He had me out of the airport in the streets when this all happened and when I refused and told him to take me back to the counter he wanted me to get out of the car.
I would have except I had a large sum of $ in my bag and Mumai is 80% slums especially right around the airport.
In the end I paid him 700 rupees and after he dropped me off I took a picture of his car and went straight to the prepaid taxi desk. They took me to the ground transportation director and he spent the next 2 hours looking at the picture and tracking down the taxi. All on his own initiative.

I had to leave to get Todd & Jerry, he told me he was going to catch the guy and really wanted me available to prosecute him because they have been working to rid the airports of this activity but no one ever files the case and takes the time to prosecute. Now I know why!

We went to the conference. Well attended with about 9 different regions of the city represented and roughly 30 different denominations. The venue was in a church in the middle of the slums. It was rough and hot.
After the conference we went back to the hotel and had to wait a little longer for our rooms. We ate lunch in the lobby and during lunch I had 4 calls from the airport director. He wanted me to come down and file a report with police station because they found the car and knew who the guy was although he had taken off for the day.
Todd and I went down to the police station and spent from 5.00 until 9.00 working through the police process with the airport guy. He had spent all day working on this case so I felt kind of obligated. In the end Todd got so fed up he had them take him back to the hotel and I waited another hour until 9. Finally I said I had to leave and they still weren’t finished. The airport director dragged me into the head commisioners office and explained the story begging him to let him bring the documents to my hotel for me to sign when they were finished. I was fed up and ready to go. The commissioner took about a half hour explaining to me how grateful and important this was for the safety of all travelers and commending me for my patience.
They finally let me go back to the hotel and after eating in the lobby with the guys and talking until about 10 Todd and I finally went to our room for the first time all day. At 12am we got a call. The airport director and the police director and another officer were down stairs with the copies. I had to sign about 15 official papers and it was over. The airport director asked me to send an email to him so he could give it to his superiors showing that he had done his job well. He really was a nice guy and must really want to be recognized for his work. In all of this the hotel found out at lunch what was happening and gave me a complimentary car all day.
It was a full day.
Can you believe that?! C always amazes me in his ability to navigate countries, bureaucracy and foreign cultures completely unruffled! He’s ever calm, cool and collected!
Id follow him anywhere!
Its a guaranteed adventure!