I remember it like it was yesterday. Time marches, tears have dried and prayers have been answered, but nothing will ever erase the images and memories of that horrible night.

Three years ago tonight, we watched a drama unfold that still send shivers up my spine! They were by far, the most painful hours of my life! The anniversary of Evie’s heart surgery is January 29th, but the 25th was a far more frightening experience!
Three years ago tonight, C and I ‘casually’ swung by the ER out of precaution. Our 10 day old baby girl had refused to eat for several hours and her breathing sounded ‘funny’. We told ourselves we were overreacting, but it seemed prudent to be on the safe side since we live so far from a hospital.
Three years ago tonight, we handed our bundled baby over to a triage nurse to be examined. We watched in disbelief as she called for help when she couldnt get a reading on her pulse-ox machine and when Evie’s temperature read 7o degrees! Her body was shutting down and we didnt even know it. In the arms of a nurse, she was raced back to a room and laid on a gurney. A team of a dozen doctors and nurses swirled around our infant and jockeyed for position around her tiny body. All the color had drained from our once rosy baby. She was completely white….with blue extremities….and totally unresponsive to the painful probing and prodding that was going on. A crash cart was wheeled in. A tube was thrust down her throat forcing oxygen into her lungs. A doctor yelled at a nurse to get a line in. Repeatedly Evie was stuck unsuccessfully. Her tiny angel-hair veins were collapsing. She was flipped to her stomach and a lumbar puncture was performed in haste without any anesthesia. Evie didnt even flinch.
Three years ago tonight, I sobbed in C’s arms watching helplessly just knowing that we were spending the last minutes with our baby on earth. Words like “pneumonia”, “RSV” and “Group B Strep” swirled around us. All terrifying conditions…..but we had no idea the worst was yet to come. Relief was short lived when at last, a nurse managed to thread an IV into a vein. Bruises covered Evies limbs from repeated attempts. A call was made. We were informed a better hospital had dispatched an ambulance to come and get Evie to transfer her to the neonatal ICU. A ride in an ambulance. Dozens of forms and waivers were given to us to sign. And then a long wait as they raced Evie down the corridor of a new hospital and asked us to remain in a private room.
Three years ago tonight, a team of doctor, social worker and support counselor filed into our private room. Seeing the looks on their faces made my own heart stop. We were told our baby was very, very sick. And then the news. The news that our daughter had a broken heart.
Her heart!
Her heart!
A picture was drawn on a napkin representing a normal heart and her heart. They looked nothing alike. We were told that they were working to stabilize her enough to make a Life Flight to Charleston and that she would need surgery as soon as possible. At last they called us in to say good bye to her, telling us the chopper had just arrived and they’d be taking her soon. She was almost unrecognizable under all the tubes and wires. She’d been intubated a second time and harsh tape had left marks on her once flawless skin. Dark ‘glasses’ shielded her eyes from the strong lamp she was under to stabilize her body heat. Still no movement. No response.
Three years ago tonight, we followed by car feeling utterly helpless. The Charleston hospital called to get a verbal release to perform an immediate temporary procedure that would insert a balloon into her heart to open a space and create mixing and oxygenating of blood until surgery could be scheduled. They stated the risk that she might not survive and had to have two people record our verbal consent to proceed since we weren’t there to sign papers.
Three years ago tonight began a long and very painful road for our wee girl. Three years ago tonight began a process that I wouldnt trade for anything. I would never have chosen it, but it has been incomparably redeeming! We have seen the hand of the Lord restore and heal what was broken. We have seen Him comfort in real ways that can only be experienced when the comforts of this world fail you. We have been recipients of the Body of Christ rallying to support and be extensions of the hands and feet of Jesus to us. Our marriage has been strengthened through walking a road of pain together. Our faith has been strengthened through seeing God meet us in our dispair. We have seen answers to prayer that astound us! We have seen miracles!
Today, I had tea time with Evie. Today we ready a dozen nursery rhymes and Fancy Nancy books. Today I heard her contagious giggle when her big brother ticked her. Today she pinched her finger in the door. Today she gave me a Disney Princess picture she colored. Today she dressed herself in her fuzzy pink sweatshirt. Today she asked me to ‘nuggle’ (snuggle) with her when I put her to bed. Today we give thanks. Today we remember! 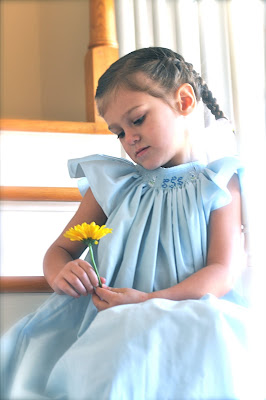 Psalm 34:4
I sought the Lord, and He answered me;
he delivered me from all my fears.