Our Life in Ukraine

Teaming up with Kelly’s Show Us Your Life “International Day”

Many of you “met” us when this blog began with our very sick baby girl.
While Ive alluded to it before, Ive never really shared about the years leading up to Evie’s birth.

In 2003, C and I had been married only two years and had twin babies when God led our little (growing) family to serve as missionaries in Ukraine.  In faith, we began raising support, which the Lord graciously provided in a brief 6 months for us to go.

Our initial commitment was 2 years.
….which turned into 5.

En route to our new home, we layed-over in London for two days where we celebrated the twins first birthday.
…and contracted chicken-pox!
Arriving in the post-soviet city of Kiev was bewildering.  I remember the hazy feeling of jet-lag and sheer exhaustion after a transatlantic flight with two fussy sick babies and carting 9 bags through customs.  We landed in a temporary home and lived out of suitcases for 6 weeks until we could find an apartment to rent.  Within a week of arriving, we discovered that we were expecting another baby.
Our joy quickly turned to sorrow as it became apparent at 12 weeks that I was loosing the baby.
Barnone, this was one of the most grievous experiences of my life.  But God met us even in what felt like the most desolate place and confirmed His presence, His promises, and that He had not abandoned us! 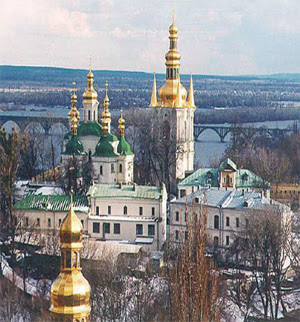 Our first two years were really a struggle and taxed us emotionally and in our marriage.  C was traveling 40% of the time.  My two toddlers were my only companions.  Navigating the city with trains and underground metros with a double-stroller in the bleak, cold winters made for some very tearful days!  Snow fell September – April.  When the temp dipped to -30, this southern girl thought she was going to freeze to death!  I need sunshine to bloom and this country has a shortage of that!  Looking back, I wonder if I may have been affected by Seasonal Affective Disorder.  Gray buildings, stark landscape, clouded skies.  But looking back, C and I have often said that if we could endure what we did the first years there, we can endure anything!  The enormous stresses on our life brought a lot to the surface and drew us closer together! 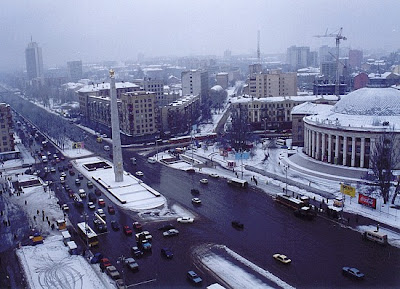 I remember feeling a tremendous sense of guilt whenever supporter and friends at home asked if we really loved Ukraine, because I had to answer honestly, no.  We werent there because we loved it, we were there because we felt that was where God wanted us at that time.  It was a window of time that God was doing very exciting things in the country and we felt privileged to be a part of that, but it didnt mean we felt a natural “connection” to that place.  I had traveled the world a great deal and love new cultures and countries….Bosnia, Croatia, England, Scotland, Austria, Switzerland, France, Germany, Poland, Spain, Egypt….but Ukraine was a very different place to live.  The post-comunist mentality runs deep.  There is a rough exterior and a seeming distrust.  Life is hard on the people there and it takes a toll on them in every aspect of life!  Families are shattered by alcoholism and drug abuse.  Thousands of children roamed the streets…making their home on sewage pipes to stay warm and sniffing glue to numb the pain.  The orphans we worked closely with to rehabilitate had all fled to the streets to escape abusive homes.  Their stories horrendous!  It was a dark and lonely season, but our relationship with these precious children tugged at my heart and softened me to this country. 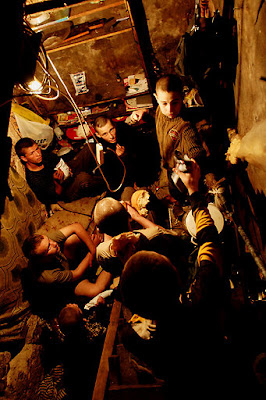 It took time…and a lot of prayer…but our last few years there were much different.  Once relationships are established and you earned the Ukrainians trust, they were very, very loyal people.  Our precious landlords become some of our dearest friends….an older couple who had lost their only child to cancer.  They took us under their wing and Demetri was the first one I called the night Abi (3) swallowed Drain-O.  He rode with us in the ambulance and translated for us at this hospital as her chemical burns were treated.

Slowly, things became less “painful” and more humorous and I learned how to do so many things that I normally just take for granted.
~Like walking out our apartment building every morning and finding an entire pig carcass the local butcher had strewn on a table and was selling.  Head and all.
~Dinner date with C to….drumroll please….McDonalds (because it was a taste of home!)
~Getting stuck in our apartment elevator that routinely broke down…groceries, babies and all.  A great chance to practice language skills with the neighbors.
~Or taking 13 flights of stairs when the elevator was out.
~Learning to can and preserve.  When strawberries reached their peek, an entire flat could be purchased for $4.
~Becoming resourceful…boiling water for an hour before bath time for the kids when the hot water shut off every summer.
~Birthing two babies in hospitals that we had to bribe the doctor monetarily to allow C to attend the birth (its just not something they typically allow:)

We returned home just prior to Evie being born in 2008.  After her birth and the surprise of her heart condition,  medical issues required an immediate and permanent move back to the states.  All in all, it was an amazing experience and while it was hard, I would do it all over again!  In fact, we are still very open to God sending our family back overseas.  We are currently full time missionaries based state side.  C spends a great deal of time traveling for work in a number of countries. When we went to Ukraine, we were young, ambitious…and naive.  The stakes would be higher this time I think.  The kids are older that uprooting them would be hard, and taking 6 kids would be a greater endeavor than taking 2 kids, but we’d do it!  We’d go under the assurance that where He leads, He has always gone before and prepared the way!