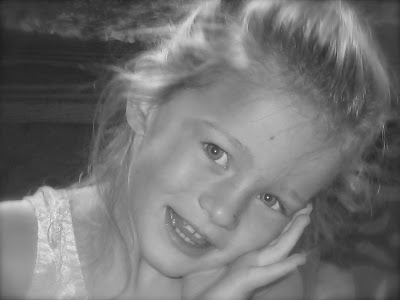 Birthdays at our house roll around pretty frequently!

….have you noticed?
My sweet little Izzy turned four this week. She was birthed in a 1940’s style hospital in Ukraine where we were living at the time. She was our first miracle child!
Most women who birth in this country are forbidden from having their husbands present.
I was not about to do it myself, so……we broke the rules, bribed the doctor and attained permission for C to attend!
C was my rock in a very scary situation. His language skills are far superior to mine, so he took on the role not only of husband and labor coach, but translator as well!
I was hemorrhaging when we arrived at the hospital after only a couple hours of moderate labor. The doctors were alarmed and wheeled me up to an operating room. I was panicking because we had paid extra so that I could labor in a private room, not in the OR which has the capacity for three women at a time.
C assured me that I needed to relax and let the Doctors do what they felt best. I remember concern on his face when he told me that they couldnt find the baby’s heartbeat.
My own heart stopped!
What we later learned was that I had complete placental abruption.
Basically, the placenta that supplies oxygen to baby had separated and cut off her supply and caused me to bleed severely.
As they prepped for an emergency C-section, I pushed twice and was able to deliver her. Our little girl was born completely blue and not moving.
No lusty cry.
No reactions as she was whisked away and given oxygen.
It was nothing short of a miracle that she survived and was able to be stabilized quickly.
We have often marveled at the fact that had we not had this scary experience with her birth, we would not have returned home 18 months later to deliver Evie
……who would never have survived if we’d stayed in Ukraine!
We named her Isabelle Katherine after my precious sister.
She’s lovingly referred to as Izzy in our home, but ask her what her name is and you’ll get an earful….
“Isabelle Katherine Smiff….but Grandmoni calls me Smidget and Cupcake“.